Norm Leventhal, a Washington attorney for over 45 years, created NormLvisions to promote his interest in amateur photography. As a native Washingtonian, Norm’s interest in photography was set in motion many years ago when he experienced a more intense awareness of the many historical monuments in our nation’s Capital. Subscribing to numerous photographic publications as a means of self-teaching, Norm acquired his new skills in a most informal, yet productive way. This was later supplemented by course study on the photographic arts with the Maine Photography Workshop (Camden/Rockport, Maine), the Santa Fe Photographic Workshop (San Miguel de Allende, Mexico – Nevada Weir) and the Great American Photographers Workshop (Ouray, Colorado – Tom Bol). He continues to develop his photographic skills by study sessions at these and other widely recognized learning forums. 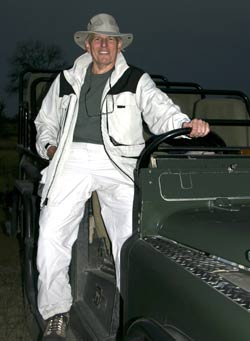 Norm’s first exhibition was held in Washington, DC in May 2003. Fittingly, it was devoted to the magnificent monuments that grace our nation’s Capital. The exhibit was received with great acclaim by the many guests in attendance. Norm’s law partners were so impressed by his work that they decided to display the collection in the conference room of the firm’s K Street office. Norm’s next collection, a series of photographs taken in the Mexican town of San Miguel de Allende was on display at StarLab in Bethesda, Maryland from April to September, 2004. Subsequently, a variety of his works were shown at the Dennis & Philip Ratner Museum in Bethesda, Maryland.

Norm graduated from the University of Maryland in 1965 and from the Yale Law School in 1968. In 1982, he founded his own law firm — known as Leventhal, Senter & Lerman PLLC – where he served as managing partner until July 2000. Norm is now expanding his practice as a partner in the communications and intellectual property law groups at Holland & Knight. His work in copyright and trademark matters enables him to appreciate both the artistic and business aspects of the world of the photographic arts.

Norm lives in Potomac, Maryland with his wife Ilene and his new best friend, Charlie Brown. His children – Lisa and her husband Scott, Brian and his wife Bonnie, and Shawn – are all professionals pursuing careers in law, business, psychology and finance. Norm and Ilene have five grandchildren: Jaclyn, Cole, Camryn, Isaac and Todd.